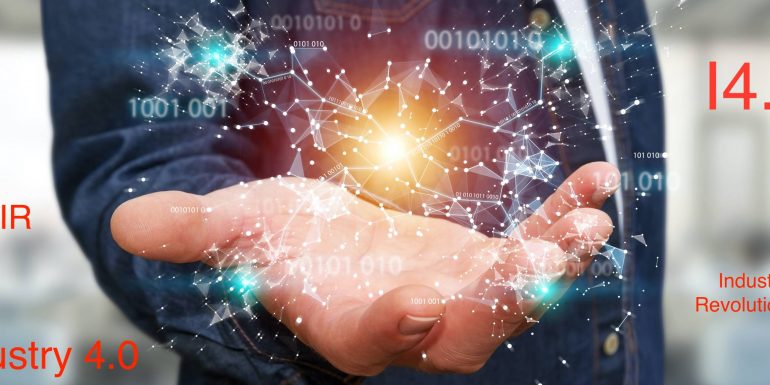 Forth Industrial Revolution is also known as Industry 4.0 or I4 or 4IR. I4 extends digitization of 3rd industrial revolution entirely at different level with automation, mobile technology, machine learning, real time use of data, data analytics or CDT 4.0, cybersecurity, cloud computing and interconnectivity. Digitization of biological, material science, manufacturing segments and various research to achieve different causes has exceeded boundaries!

Industry 4.0 is not a standalone concept, rather I see it as physical marrying to digital by interlinking these multiple components together to serve the big purpose of revolutionizing intended industry segment. Technology applied at one corner of the world equally impacts the other corner of the world within nano seconds as the world is getting connected through this change!

Let us look at key engineering concepts that define Industry 4.0 and have already started revolutionizing the world and the lifestyle like never before and will continue to amaze us in coming years!

While plastic is the most commonly used material in 3D printing, there are large number of other materials also used based on need and financial aspects. Other materials include different metals, graphite, carbon fibers, papers, resins, powered materials like polyamide or alumide, and nitinol.

CC is an ML, AI and signal (NLP, speech, vision) processing-based technology that simulates humans’ thoughts much faster and with greater accuracy. It is proven since years that computers processes faster than humans. With algorithms generated through highly accurate and large amount of data mining, self-learning, deep-learning, patterns identification, and language processing computers are intended to give results as or better than humans. The computer learns from these results and keep improving the results. Thus, cognitive computing systems are interactive, adaptive, contextual and focused. The objective of CC is not to replace humans but to add capabilities, speed and accuracy to humans’ decisions. Applications like speech or face detection, sentiment analysis, fraud detection, helping doctors with more historical data and patterns for better treatment decisions are increasing accuracy by adoption of CC. Few emerging cognitive computing-based systems are IBM Watson, Microsoft Cognitive Services, Numenta, Cisco Cognitive Threat Analysis and others.

Note that CC should not be confused with Apple Siri or Google Now or Microsoft Cortana as they publish results through searches while CC uses AI and data mining to derive smarter results.

Artificial intelligence in simple words is adding human like intelligent behavior in computers or computer-based robots (machines). The form of intelligence can be visual or speech recognition, machine operations and optimizations through machine learning, language translations, and different types of decision making. Major subsets of AI include Machine Learning, Robotics, Neural Network, Deep Learning, Cognitive Services and few more internally linked subsets. The term Artificial Intelligence was coined by John McCarthy in 1956 so the foundation of AI concept is way before I4.0. AI is already woven in our lives since many years. But it has rapidly evolved in terms of exceling technologies, expanding domains horizons and increasing accuracy. Functions from Google Search and Siri or Alexa to robots manufacturing, autonomous cars, NLP based tools, and AI based medical diagnosis or disease mapping are being developed using AI and its subsets like ML and many others.

CPS are integrations of complex computing algorithms with physical, networking and software components are deeply integrated with feedback loops. CPS is much focused on IOT or IIOT, but it is far further extended with strong foundation in mathematics and involving transdisciplinary approaches, wireless sensor networks (WSN), mechatronics, cybernetics and process science. In addition to healthcare and manufacturing, aerospace, automotive, chemical, and civil infrastructure industries are being influenced through CPS. Few examples of CPS are smart grids, Medical Cyber-Physical Systems (MCPS), food engineering, optimizing cryptographic algorithms, and deployment of loop intensive applications.

The concept is about digitizing the intended production with I4 technologies. Technologies like IIOT, AI, VR, ML, big data, advanced or industrial robotics, 5G, AM (adaptive manufacturing) and cloud computing work in close collaboration and convert traditional manufacturing work into a bigger, better and long-term cheaper systems through digitally enabled production lifecycle. Smart factory constantly collects and shares action-oriented data from and through different connected devices. Based on analytics and self-learning, the data is used to address productivity issues, self-optimization, and even future predicted challenges. Smart factories are capable of increasing reliability, traceability, predictability and optimization rate up to 100%.

At inception known as embedded internet in 70s but carved out with precision as Internet of Things in 1999 by Kevin Ashton is later extended as IIOT in Industry 4.0. While IOT was focused on networking physical consumer devices; IIOT focus is in manufacturing and industrial areas. IIOT uses big data and machine learning to bring industrial revolutions. Applying high tech hardware-based technology integrations such as single board computers (SBC), programable logic controllers (PLCs), supervisory control and data acquisition (SCADA), machine to machine (M2M) interface, human to machine interfaces (HMI), and Internet of Medical things (IoMT) adds limitless capabilities in applied industries.

As digitization has started influencing manufacturing, connected era is already at its full pace. On top of it, Covid-19 pandemic has extended the definition of connected workers. Delivery of both hardware and software solutions like servers, storage spaces, networking, software including services, database, and analytics is becoming more and more popular. Cloud computing services such as SaaS, PaaS, IaaS and serverless are enabling corporates, manufacturers, and consumers of software, hardware and hybrid spaces to acquire and customize solutions as per their requirements.

In times of Covid-19 pandemic smart sensors have played important additional roles like having attached with workers’ PPE kits and buzz alarm if distance reduced to less than 6 feet, monitor body temperature, measure oxygen level on production floor and many more.

These are a few out of many I4 based innovations that are already revolutionizing almost all industry segments and will continue to amaze and immensely impact us higher in future!

Successful transition to I4 depends on successful adoption of more than one such innovations.