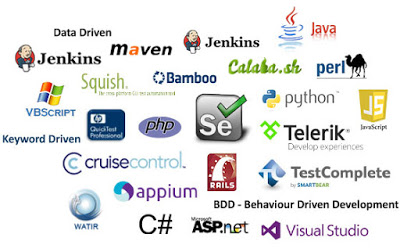 Not sure because I am into IT industry is the reason or what I am feeling is really true but I think that the saying ‘Change is the only constant’ is most aggressively adopted and practiced by the IT World! ‘Hello world’ programs have elevated from ‘printf’ till infinite levels! Development has spread across everywhere including testing areas. Automation is in demand since few years and coverage of automation is increasing highly.  With trending scenarios, I thought to pen down 2017 trends in automation testing industry as below.

Understand the right need of automation

The traditional mindset of doing automation for eliminating / reducing manual QA is shaping up maturity and focused end goal behind choosing automation testing has started getting defined. Customers have now started considering other important aspects like speeding up test cycle time, increasing testing cycles of core features to ensure stability in case of ongoing enhancements, increasing test coverage and reducing risk of failures in addition to the traditional mindset. Read this Blog covering the aspects of understanding the right need of automation.

Increasing popularity of DevOps, CI/CD and Quality Engineering are moving in the direction of gradually merging the roles of Developers and QA Engineers. The idea of catching bugs during development phase itself is picking up. Writing automation scripts – executing during nightly build generation process – resolving the next day immediately after receiving the analysis report is the most efficient way to handle errors. Keeping this into consideration, the prediction is towards a single team concept where developers and testers roles will no longer be different and roles of development, testing, CI/CD and DevOps will merge together. Hence testers will no longer be testers but will required to be upgraded as quality engineers!

Old approach of handful budget for QA is changing. Enterprises have willingly started accepting the need of 40% to 50% of budgeted cost to quality engineering that includes manual and automation testing and continuous development and integration concepts.

While there is no digital answer in who wins the battle between open source and proprietary solutions; these are the parameters that impact the decision: Cost, Performance, Security, Complexity, Infrastructure or resources required, Skills available in market, Support available, Languages supported, Time required for scripting and Reporting and Analysis mechanisms available. Recently Google has announced Espresso as an open source tool by elevating it from proprietary community. Infostretch also recently open sourced its automation framework QMetry Automation Framework (QAF).  With available examples and trend, predictions are towards more and more open source tools adoptability.

As Gartner Says: ‘By 2017 and beyond, there will be over 300+ billion downloads of mobile app and will generate revenue of more than $80 Billion.’, which obviously will have impact on mobile testing and usage of open source / subscription based tools like Appium, Selendroid, MonkeyRunner, XCTest, EarlGrey, Google Espresso, Sauce Labs, Calabash, Cucumber, Robotium and many more will take front seat.

The era of managing complex, high volume and high variety data in cloud and processing it for detailed analysis and validation with the aim of setting up better governance and process is setting up with immense adoptability! Tools like TestingWhiz, Selenium etc. for Hadoop, Cloudera, MongoDB, Talend are picking up. Though Big Data automation approach is still at primitive level and there are challenges associated with it, but with the current trends and efforts invested; 2017 is looked as a promising year for achieving heights in this area.

With Agile execution becoming popular where the practice demands quick and multiple releases and Industry 4.0 (IIoT), IoT based development also at the boom where UI test cases may not be the scope; API testing is becoming more and more favorite of all stakeholders. With API testing, automation time can be reduced to 4 to 5 times or even higher! As data transfer is in JSON or XML automation can be done in any language and so no language restrictions here! Very well-known benefits of exposing small and big errors at early stage and improving test coverage, build quality and resource utilization are also the key reasons of API testing becoming hotcake! Tools like SoapUI, HP QTP (UFT), Google Chrome postman, rest-assured, API TestServer are few of the widely-used API testing tools among the big list.

As IT in FinTech, Government, Defense and other highly sensitive areas is becoming an integral part; both security and performance are key areas to be addressed. In network, mobile, web areas multiple security testing solutions are used as per the need. Wireshark, Nmap, AirCrack, Nikto, Samurai, WebSecurity, ZAP, OpenSSH, SQLMap, W3af are handful names out of those many security solutions available in market.  Same way LoadRunner, Apache JMeter, LeoLoad, WebLOAD, LoadUI NG Pro, Load View, WAPT, Loadster, Testing Anywhere are a few of available Performance Testing tools available in market.

As per the prediction, by 2020 around 50 billion objects will be connected to the internet so more and more need of testing in this area will increase. Software, firmware and hardware testing is beyond UI and data validation. Though proven solutions like Intel computer card, Raspberry Pi, Arduino are available in market that due to their readiness reduces testing efforts; customized solutions do require solid testing. Apart from standard testing, other testing coverage as protocol testing, device interoperability testing, functional and load simulation, security verification is required. Continuous delivery solutions like Electric cloud and ArrowHead framework are becoming popular in DevOps optimization and embedded systems’ automation. Concepts of API virtualization, API mocking, Service virtualization are helping in achieving continuous delivery through test automation.